How did you end up living in a Van. Tell us your story!

Emily: We decided to go travelling, but didn’t know what that was going to look like in the end. We planned to go backpacking.

Emily: And then we went on a hiking trip, after which I wanted to do a long distance hike, ie, The Pacific Crest Trail which is 2650 miles (4265 kms) and takes 6 months, so Lloyd started to plan that. A couple of months later, just before we were going to buy our tickets to America and all the gear, I was lying in bed scrolling through Instagram and a photo of a van lifer popped up. I turned to Lloyd and said: Hey, I just saw something, it looks amazing, let´s do that instead! Lloyd wasn’t too pleased after planning two trips already so said: Well if you wanna do that: you plan it, you organize it .. and that´s what I did.

Lloyd: So, here we are! Because you saw a really pretty picture of Vanlife on Instagram.

Do you miss anything?  You are building on the way as well, isn´t it?

Lloyd: Either shower or toilet. There are moments in the morning when you don´t want to look for a place to go to the toilet. Or also when you come from the beach and you wanna have a nice shower. When it comes to building – I think to make it more homely. Because we left before we even finished the Van. So yeah, we are building on the way still. So our focus was on finishing. We wanna get more plants.. make it more homely. That’s what I am looking forward to doing during the travel.

Emily: There is not a lot that I miss. I used to miss the convenience of the UK Supermarket system (laughs) which sounds silly, I just missed that you could pop to a shop, whilst now you have to plan you have to know what you are doing.”

Emily: I think I just adapted quite well, there is no particular thing that I miss. It´s just part and parcel of living in a van.

Please introduce your van to us!

Lljoys: “So we’re thinking of slowing down a bit and doing half of Europe this year, half next year, rather than doing all of Europe in one year.

Be a hero, buy us a coffee 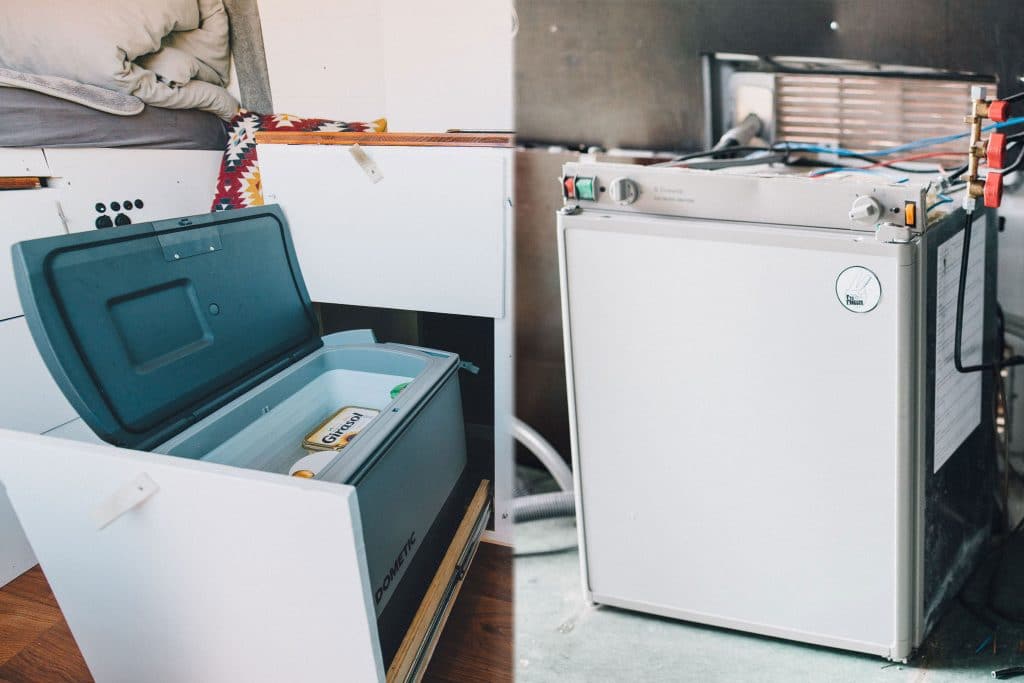